A Return To Normalcy 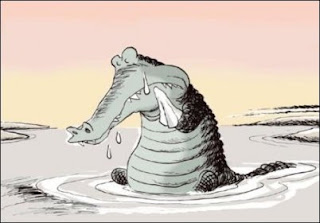 Does anyone else find it just a wee bit unseemly that the public lamentation over Senator Three-Months-Suspended went on longer than that for Mother Goddamn Theresa? It went on so long, and the pwoggie blogs became so desperate for something, anything to post about Sainted Senator DateRape, that they started eating each other. Alas, a pwog was nibbling Shake-A-Puddin. Balk the Left was snacking on Diggly Wiggly. Yuck! Seriously, I've seen zombie movies with less cannibalism.

Well, finally it looks like some of our fauxgressive friends have successfully blogged their way through their grief and are moving on other important issues. Pwogman!, for instance, has used his super-duper powers of pwoggie reasoning to come to the startling conclusion that the Washington Post may not be quite the bastion of impartial journalism he thought it was. Heavens to Murgatroyd! The NewsPwoggers, Gesundheit and Shakey have gone back to playing "Lookit the Wingnuts." And even Mo'Betta Bowers has gone back to making empty threats to his masters over the healthcare debacle. (Relax, Chris! You'll get some kind of shitty "public option" you can fob off on your moron followers as "the greatest progressive victory ever in the history of history" or some such nonsense.)

Let's just hope that some other antediluvian scumbag doesn't keel over for awhile. Anybody know how Bob Byrd is doing?
Posted by AlanSmithee at 9:43 AM