In Praise of Dead Creeps 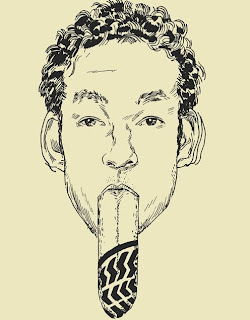 Another day, another brick in the boot-lick demotard alter to Senator Wormfood. While our troops bravely machinegun medical clinics in The Good War, let's see what nauseating paeans our faugressive friends have penned to their Sainted Senator...

Alas, a pwog - Finally joining the chorus of perpetually kneeling sore-throated psalm singers, Alas scores only a 2.5 on the Craven Toadying Meter. Celebrate the crumbs, excuse away the crimes, this one's been done already, Jeff. Better luck next time.

Balk the Left - Fellating a dead man has made Big Turd Democrat go a little hoarse. He's been reduced to cribbing from DNC rag La Nation and relying on his bloggie minions.

Diggly Wiggly - The one-stop-shop for all things groveling continues it's worshipful coverage by examining, in mind-numbingly boring detail, every single fucking vote their Sainted Senator ever cast. Well, all except the inconvenient ones, of course.

Gesundheit - Brahmin Atrios, who can't be bothered to cease contemplating his navel, shits out a sublime link or two for his do-nothing lackeys to chorus "First!" over. Then its back to 'Ommoneypadmebankaccount...'

NewsPwoggers - The political commisar at NP is slacking off today, allowing his demotards to play catchup with the rest of us on energy issues. (Don't worry, though. There's zero chance of them actually doing anything about it.) Get with it, Stevie!

Obot Left - The fortress of fauxliberal fainthearts have started referring to Senator DateRape as "EMK." No, I'm not kidding.

Pandadroppings - Amanda eschews another round of corpse fondling to address the world-shaking comos-threatening crisis that is - long waits at airports! Oh, the humanity!

Pwogman! - The Superhero of Spinelessness sidles up to the grave and gets all wonky into it. Eeeewww!

Shake-A-Puddin - It's hard for this collection of shut-ins, cultists and self-help addicts to stay focused on anything outside of their intarweb commune, but Shakey gives it the old college try.

Lamey - Despite the best slobbering efforts at Obot Left, Lamey takes todays prize for Best Effort to Sodomize a Corpse. (It should be noted that Lamey has the worst case of Short Man's Disease since J. Edgar Hoover, which is how he manages to define alcoholism, vehicular homicide and rape as being "manly.") Way to go, Lamey!
Posted by AlanSmithee at 7:41 AM