In which I beg the Emperor for mercy. 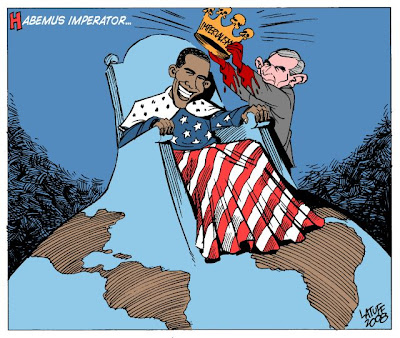 At the behest of Dear Leader, cadres of Kool Aid chugging Obots across teh intarwebs are running increasingly shrill posts on the topic of how dangerously insane their freeper brethren have become. Diggy, Shakey, the NewsPwogger crew and Pwogman! are just the lip-frothing edge of a fauxgressive tidal wave of screeching wild-eyed scorn. Honestly, I don't think there's been quite this amount of arm flailing batshit insanity since the last time Ralph Nader ran for president.

So, what did the Repububthubthugrapelican freepers do to get their pwoggie brother's collective panties in a bunch? Is it their opposition to the health care "reform" currently slithering it's way through congress? Naw, can't be it. It's like a scene from "Holy Grail." What are the repubs gonna do? Bleed on 'em?

No, I think all the extra sound and fury signifies certain psychological processes going on beneath the pwoggie bloggie's normally blandly calm exteriors. Too much cognitive dissonance, too much projection, too much stress trying to sell their master's bogus corporate-written policies off as massive progressive victories. And now they're taking it out on their freeper cousins.

Well, shoot, I gotta sympathize. The pwoggiesphere just got finished lying through their teeth, pimping God-Emperor Obama's greenwash Cap'n Trade bill, and now their expected to sell this train wreck of a health care fiasco? Comeon! These guys aren't hardcore political flacks - their just self-delusional pwogs! There's no way they can take the repeated strain of bald-faced lying that seasoned, profession liars like Cokie Roberts or James Carville are used to.

Since I know how regularly the current administration reads our important deliberations here at DGH, I want to tender this message to the Pwogwessive's poltical masters and betters. Have mercy, Emperor Obama! Please don't lean too hard on your faithful, if fragile, followers. After all, if Diggy and Shakey and Pwogman all implode in a burst of psychological distress, what will I have to write about? Movies? Sports? Sarah Palin? Yuck!
Posted by AlanSmithee at 11:25 AM