It's been a so long since the last round up! I bet the pwogs have wandered all over hell-and-gone and I'll have to ride for days to... 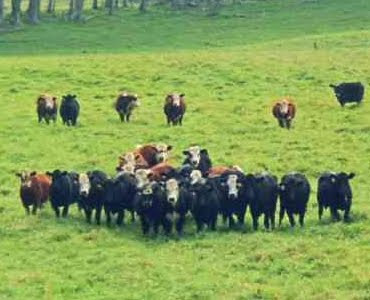 
Alas, A Pwog - "Hey, all you single issue concern trolls! Nobody cares about abortion rights, so LEAVE KAGAN ALOOOOOOONE!"

Balk the Left - "There is a debate between fauxgressives and pwoggwessives over Kagan. Naturally, they're both wrong and I'm right."

Diggly Wiggly - "Andrew Sullivan sucks! Did anyone ask Roberts about his sex life? Kagan should be allowed to stay in the closet if she wants to. (Because, really, anything my boyfriend decides must be right.)"

Extreeeeeeeeme! - "Politics is just like grade school and their team is a big bunch of doodyheads! Hahaha! Here's several paragraphs of poor reasoned rationalization to prove it."

Gesundheit - "What can't we all just get along? Not that I care or anything. Harrumph!"

NewsPwogs - "Andrew Sullivan sucks! Did anyone ask Roberts or Alito about their sex life? Kagan should be allowed to stay in the closet if...she - uh, did somebody on the listserv already cover this?"

Obot Left - "Kagan is a wonderful selection by Our Emperor so shut the fuck up and send money to Joe Sestak, proles! My seat at Yearly Ko$ Nutroot$ Nation may be on the line here!"

Shakeytown - "WHO CARES ABOUT KAGAN! IT'S MY BIRTHDAY! WORSHIP ME, PEONS! MORE THAN USUAL, I MEAN!"

Lamey - "Heh heh. Our God-Emperor is really sticking it to those Republicans by nominating Kagan. Eleventy-dimensional chess! Our Team Wins! Whooot!"

Panderdome - "Ironman 2 sucked so bad, I made a mixtape about it."
Posted by AlanSmithee at 9:41 AM