You're dead to me.

A grave threat against President Obama has arisen that may threaten the progressive revolution and the very foundations upon which this nation is built. World stability itself may hang in the balance. Fortunately there are a few progressive bloggers fighting hard to safe guard Our Leader, Our Nation and Our Progressive People Powered People. What is that threat? Its... 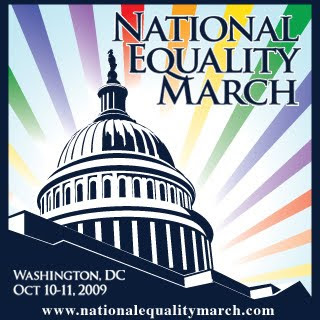 Behold! The Obot mortal enemy!
Yes! Those dastardly Gayz are out to sabotage God-Emperor Obama's 41 dimensional chess strategy by insisting he live up to his campaign promises! Why can't the gAyTM just shut up and keep dispensing cash and votes like good little pwoggie bloggie doggie democrats? Adam "Buy My Book" Bink at Obot Left explains how the march is sure to be a big ol' failure because, well, he and the Nutroots Nation crowd don't approve. And he's not going! So there!

(Update: Check out BMB Bink try to marginalize Cleve Jones as a "Random Gay Activist" on this Bilerico thread. Way to shoot yourself in the foot, Adam.)

(Update On Mo' Time!: Having moved along the Five Phases of Pwoggie Grief from 'Sneering' to 'Petulance,' BMB Bink throws what we hope will be his last bloggie tantrum on the matter. Stay classy, Adam!)
Posted by AlanSmithee at 7:41 AM