A sad, sad day for pwoggiedom 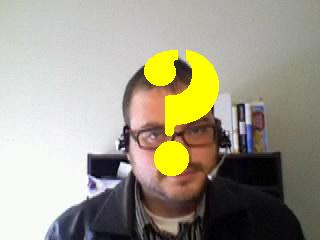 Our spies whisper that, in the course of an interview with ace fictional reporter Amber Milgram, every fauxgressives fave-rave fuckhead went into a ferocious feeding frenzy, consuming part of Amber's desk, some recording equipment and a passing office temp before lapsing into a coma-like state.

Reportedly, the last words of the professional bootlick were: "God...Dog...Krugman..."

No one at Yglesias' employer, DNC propaganda spewer Twink Pwogwess is talking - but rumors of his condition are multiplying like rabbits on meth. Some say he's dead. Some say he's still in a coma. Some say his head has been severed, placed in an ice cream bucket, frozen and shot into orbit. Some say he's been ground to a fine powder, shipped to China and sold as insect repellent. Some say he was only a couple of dogs in a man-suit to begin with.

Where in the word is Matt ? Who knows. But whatever the truth is, our crack DGH staff will keep updating this story as news, rumor and innuendo roll in.
Posted by AlanSmithee at 9:12 AM