"Who will rid me of this meddlesome legislatural procedure?" 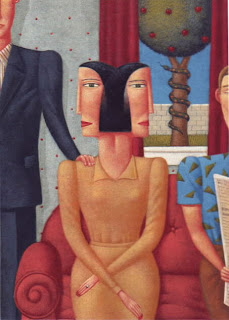 Back in the halcyon days of pwoggiedom, when the dems were a senate minority and their useless pwoggie allies had 1001 excuses for their master's mendacity, the senate filibuster was "wingnut insurance" - the last line of trenches that poor beleagured yet heroic Dems could man to repel the noxious tide of Repububthugrapelican aggression. Back then, the Panderdome fairly rang with demands for the D's to filibuster this or that. Their furor over the hated Other War Party's threat to use the "Nuclear Option" could not be contained by mere pixels. Why, the venerated Filibuster was even revered as an institution second only to Amnesty International on The Panderer's list of that which must be forever preserved from Bushian eeeeeeevil!11!!!one!!eleventy!!1!!

But now that we live in the Age of Ponies and Rainbows, the venerable filibuster has fallen on hard times. The pwoggie bloggie brigade, which once enshrined it as an indispensable shield against the forces of darkness, now scheme it's very destruction. "Kill it!" shrieks Amanda Pander, and her bobble-head bloggie chorus, carefully culled from the finest democrat jellyfish the intarwebs has to offer, takes up the call. "Kill the demon filibuster!" There hasn't been such an uproar in the Panderdome since Edwards kicked her and Shakes from his campaign.

Now, I put it to the jury. Is Pander a flaming hypocrite? Or is she just a clueless pwog? I leave it to your capable judgement...

(Update: Before the filibuster became "crazy" and "arcane", La Digs was urging her minions to go out on a wild and crazy limb and actually do something to protect it. True, that something was a lameass PFAW call-in scheme - but, hey! That's about as active as pwoggies ever get.)
Posted by AlanSmithee at 10:41 AM