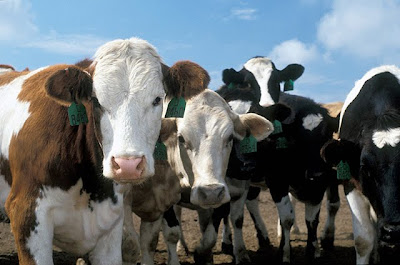 If you read the pwog blogs as religiously as I do (and why wouldn't you?) you've no doubt heard about God-Emperor Obama's plan to shovel pallet-loads of cash into "clean coal technology." What, you haven't? Sure you have! Here's everything our brave truth-to-power telling moo-pwogs have to say about their God-Emperor's latest environmental atrocity...

Balk the Left - "Aha! Proof! We're smart because we vote for democrats and they're dumb because they don't. Yep. Smart smart smart."

Gesundheit - "Um, I forgot to read the listserv so, um...first!"

Shakes the Democrat - "It's cult member whats-'er-name's birthday. Don't forget to worship me in the comments, peons!"

Lamey - "Our fucking hero anally raped our enemy on tv and fucking fuckity fuck fuck buy my CD!"
Posted by AlanSmithee at 10:06 AM