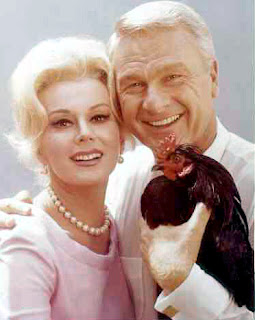 (Arianna Huffington. Maybe.)
This is a real actual quote. Srsly.

"When are the democrats and real progressives going to call out the Arianna Huffington’s, the Jane Hamsher’s and the Cenk Uygur’s on their undermining of progressive causes? When are we going to stop playing footsie with those who want to bring down our democratic president who is fighting against the new 41 seat majority of Republicans? When are we going to take a look at these folks as the turncoats that they are? I’m going to keep hammering them."
~Extreeeeeeeme Obot.

Look, I know Extreeeeeme's blind spot is wider than six counties and he's dumber than a bag of hammers. But, really, Arianna Fucking Huffington barely qualifies for the flyweight division of political commentary. Nobody in the DNC gives a ripe fart what she thinks so long as she brings in the cash. Could Extreeeeme have found a less substantial target upon which to vent his Emperor-worshiping spleen?
Posted by AlanSmithee at 10:10 AM