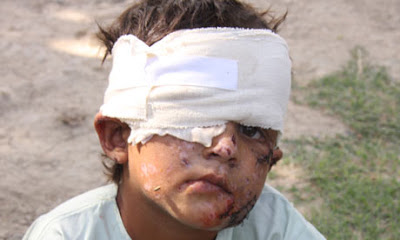 Koswhack Big Turd Demotard recently got a crumb from his DP masters in the form of a conference call with Snarlin' Arlen Specter (R/D/Weves - PA) and was dazzled by the veteran scumbag's double-shuffle on Afghanistan.

Senator Specter's position is that he opposes troop increases in Afghanistan and even questions maintaining troops in Afghanistan unless the effort is "indispensable" to the conflict with al Qaida.

Golly! In demotard circles, that almost makes Senator Sphincter a dirty hippie peacenik. Of course, just a cursory inspection of Specter's actual voting record reveals his real chickenhawk feathers. Specter never met a bloody-handed slaughter he didn't like. But real actions made by real people in the real world are generally dismissed by fauxgressive warhumping fucktards like BTD as "cherry picking." With pwoggies, actions mean nothing. Words are everything.
Posted by AlanSmithee at 5:29 AM