The Outrage of a Toad(y) 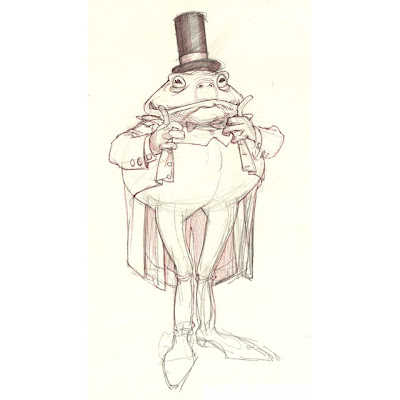 BowWow prepares for a heavy day of craven bootlicking.
Chris BowWow, the DNC lapdog, is bemoaning the potential loss a major anti-teaparty weapon from his potent pwoggie arsenal of justice and freedom. But let's let him explain in his own words:

The methodology by which progressive media has attempted to delegitimize the tea party has two main trhusts: While #2 has been the most successful, the efforts of a progressive in Oregon is about to singlehandedly render it useless. By publicly declaring his intention to infiltrate the tea parties with protesters to use as anecdotes for #2, Jason Levin is going to call all anecdotal examples of tea party craziness into question, thereby legitimizing the tea party protests even more.

Teh horrors! How dare this non-pwogwessvie-sanctioned upstart deprive Chris BowWow and his mighty pwoggie klaque of kool kids of a successful bit of lying-ass scumbaggery! Harrumph!

The first point is true only insofar as it depends on the group you happen to be examining. TeaPartiers are hardly a cohesive bunch. But BowWow's second strategery has been around since Hector was a pup. Media outlets have been using the 'Lookit the Crazy!' hook since the days of Charlemagne. And it's just as scummy and dishonest now as it always has been. But then, scummy and dishonest are pwogwessive trademakes - along with bootlicking, hypocrisy and a poor sense of style.
Posted by AlanSmithee at 8:04 AM